Labor and Employment Law in Germany

An Abstract on Main Issues

1. Basic rules for employment in Germany

Employment in Germany is based upon a variety of labor and employment laws but is also influenced by the social security system and the income tax system.

The following acts may be considered to be the most important statutes:

Whether or not a statute is applicable very often depends on the number of employees. At present there are 160 different thresholds, which have to be taken into account in order to find out if the statute in question is applicable:

1.3 Principles of the income tax system

Employees pay income tax on their income. The tax progressively increases depending on the gross income. The current rates vary between 15% and 42% plus solidarity tax contribution and church tax if the employee is a member of a church. The employer is responsible for forwarding the income tax to the tax authority.

2. Most important employment issues in Germany

When concluding an employment contract the parties often agree on a probationary period. Employment on probation is permitted for a period up to six months.

During this period, both the employer and the employee are allowed to terminate the employment contract with a notice period of two weeks only (§ 622 sec. 3 BGB).

In order to do so, several statutory requirements have to be fulfilled. As a general rule, time limitations of employment contracts must be justified by objective reasons. However, the term “objective reason” is not exactly defined in the Act. Instead, the statutory provision of § 14 sec. 1 TzBfG provides a non-exhaustive enumeration of typical reasons for time limitations in employment contracts, which serves as clarification of what constitutes an objective reason. According to that, motives such as the temporary demand of a certain type of work, the intention to facilitate the start of the professional career of graduates, or the replacement of an absent employee, to name only a few, are objective reasons.

However, there are three exceptions to the general rule that fixed-term contracts must be justified by objective reasons:

Attention: To be legally effective limited-term employment contracts must be in writing and must be signed by both parties before the first day of the employment d (§ 14 sec. 4 TzBfG).

Part-time work is also governed by the Part-Time and Limited-Term Employment Act (TzBfG).

A full-time employee, who has been employed for at least six months in the same establishment, can request to work part-time, unless there are generally no more than 15 employees working for the employer (§ 8 sec. 1 and 7 TzBfG).

Employers have to treat part-time employees and full-time employees equallyunless there is a specific reason that justifies different treatment.. This principle is laid down directly in the Part-Time and Limited-Term Employment Act: The employer is not allowed to discriminate against employees because he or she has claimed rights under this act (§ 5 TzBfG).

Contracts of apprenticeships are subject to the Vocational Training Act (BBiG), which stipulates that the statutes and principles governing employment contracts must be applied, unless the Act provides an express statutory exception (§ 3 sect. 2 BBiG).

Statutes that govern the working time are the Working Time Act (ArbZG), the Maternity Protection Act (MuSchuG) and the Young (Minor) Workers Protection Act (JArbSchG). These statutes are applicable to white-collar workers, blue-collar workers and apprentices. As a general rule, the term “working time” is defined as the time from the beginning until the end of work without breaks (§ 2 sec. 1 ArbZG). The legal working time is eight hours per day from Monday through Saturday. The maximum working time permitted by law per week is therefore 48 hours.

Sundays and mandatory holidays serve as idle time and working is prohibited (§ 9 sec. 1 ArbZG) unless there is an exception for certain work branches such as hospitals, hotels, restaurants etc. (for privileged branches see § 10 ArbZG). Even in privileged businesses, each employee has to have at least 15 Sundays without work per year. Employees who have to work on Sundays or on holidays have to be given a day off in lieu within a period of two weeks.

The regular daily working time of eight hours may temporarily be extended up to ten hours per day, but only if the daily working time in the following six months remains to be eight hours per day on average (§ 3 ArbZG). This enables employers to introduce flexible working hours at least to a certain extent. However, it must always be taken into account that 11 hours of uninterrupted rest after daily work must be guaranteed.

This issue is regulated by the Federal Paid Leave Act (BurlG). The statute provides that employees have to be granted at least 24 days of vacation per calendar year, not counting Sundays and public holidays. Saturdays are thus included in the calculation. If employees usually only have to work on five days per week, the mandatory vacation time is 20 days per year.

Sick-leave is governed by the Continuation of Remuneration Act (EFZG). If the employee has been employed for at least four weeks, continued payment of wages can be claimed for a period of up to six weeks. During this period of time the employee is thus entitled to 100% of his average income.

Another entitlement for continued payment during absence is stipulated in § 616 BGB. According to that provision, full wages can be claimedif the employee is absent due to personal reasons for a short time, such as the death or funeral of a close family member or the birth of the own child.

Under the General Equal Treatment Act (AGG), any discrimination on grounds of race or ethnic origin, gender, religion or secular believes, disability, age or sexual identity is inadmissible. Unjustified, unequal treatment of employees is thus unlawful.

In practice, the Act affects mostly the hiring of employees, their employment and working conditions, their professional advancement, remuneration and dismissal. Under the Act the employer must take the necessary measures to protect employees against adverse treatment. The employer can fulfill this duty by training his or her employees. In case the employer fails to train his employees appropriately and an employee is being discriminated against by another employee, he may be entitled to sue his employer for compensation of non-pecuniary damages.

The termination of employment is mainly governed by the Civil Code (BGB) and the Protection against Unjust Dismissal Act (KSchG). The German Employment Law sets high standards for the employer to unilaterally terminate an employment relationship. Especially the application of the Protection Against Unjust Dismissal Act (KschG) has a strong impact on the dismissal of employees. This act applies if the employer regularly employs more than ten employees. Also, an employee must have worked in the company for at least six months without interruption in order to come under the Act’s scope of protection (§§ 1, 23 KschG).

4.2. Statutory requirements for notices of termination

The notice of termination must be given in writing to be valid (§ 623 BGB). It must be declared in a written document and signed by the issuer. This statutory written form requirement cannot be waived, as it is mandatory. Notices by fax or e-mail are not sufficient since they do not fulfill the written form requirements due to lack of the original signature.

If notice is given by an authorized person, the original power of authority has to be presented to the employee.

Where the Protection against Unjust Dismissal Act (KschG) applies, ordinary dismissals are only allowed for operational reasons, misconduct or personal reasons (§ 1 sec. 2 KschG). Each type of dismissal requires the fulfillment of specific prerequisites. To name only a few, dismissals for misconduct usually require at least one written warning beforehand because the employee shall be granted the chance to change his or her misbehavior; dismissals for personal reasons are only possible if the employee is unable to perform the work e.g. due to long-term illness; dismissals for operational reasons require a structural entrepreneurial decision to eliminate the specific job, the employer has to provide evidence that there is no way the employee can be reassigned to another free position and the correct application of social criteria for the determination of who to release (“social selection”). In any case, the individual circumstances of each case are decisive.

Where the Protection Against Unjust Dismissal Act does not apply, the employer is free to dismiss any employee at any time, as long as the dismissal is not arbitrary.

Extraordinary dismissals always require a good cause, which makes it, in good faith, unacceptable to continue the employment relationship until the end of the notice period, or, in the case of a fixed-term employment contract, until the contractual date for its expiration. A good cause often realates to serious misconduct of the employer. The dismissal for good cause is only possible within two weeks after the notifying party has obtained knowledge of the facts that entitle the party to terminate the employment relationship for good cause.

Some groups of employees e.g. disabled persons and pregnant women benefit from particular protection against ordinary and extraordinary dismissal due to their certain individual circumstances.

Individual contracts of employment may only specify longer notice periods.

Of course, the termination by mutual agreement is possible and quite common. The termination agreement must be in writing. Usually the agreement contains provisions on the date of the end of the employment, paid leave, severance payments, return of company property, reference etc.

German Employment Law does not provide for a termination against severance pay. However, more than 85% of the lawsuits against dismissals are settled by the payment of a severance. A severance payment is usually calculated on the basis of half a gross monthly salary for each year of employment.

The workers’ council is the representative body of the employees and it is statutorily granted specific rights of participation and codetermination. The formation of a works council is not mandatory for the employees. However, if the employees decide to constitute a workers’ council they have the right to initiate elections. The only requirement is that there are at least five regularly employed employees in the establishment (which is defined as the organizational labor unit of a company). The size of the workers council depends on the number of employees in the establishment.

Members of the workers’ councils, the election committee and nominated candidates can only be dismissed for serious cause. Thus, they are granted statutorily protection against ordinary dismissals (§ 15 KschG). The workers’ councils have different information and consultation rights. However, the most important rights granted by the Works Constitution Act are the codetermination rights in personal matters, such as hiring, transfers and dismissals of employees. The workers’ council and the employer may also conclude working agreements in order to create general rules on working conditions. Such agreements have immediate and binding effect on the individual employment contract (§ 77 sec. 4 BetrVG). 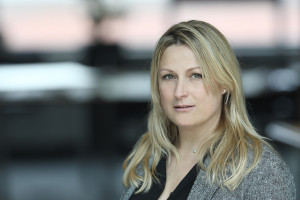 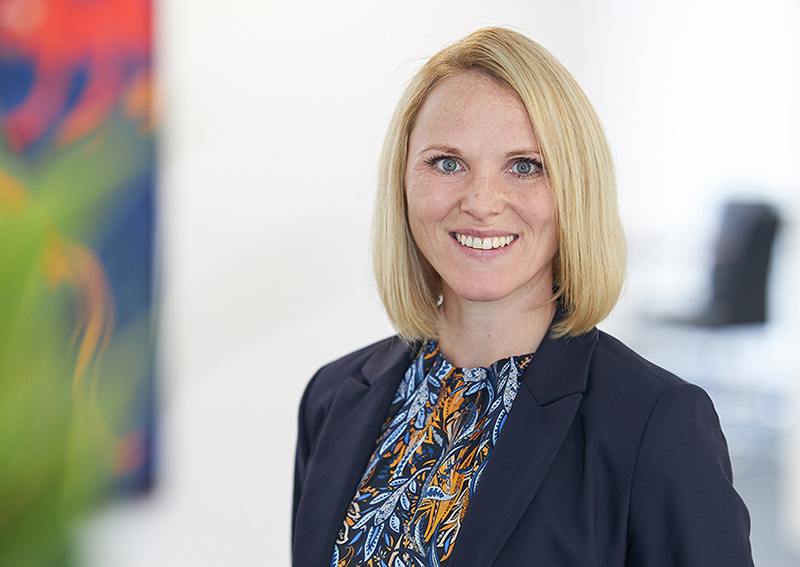